It was finally time again! On the 2nd of December, the long-awaited Winter Gala of 2022 (organised through the cooperation of several associations including IK) took place in the slightly obscure basement of the News Café. Whether people matched the theme and arrived in long, beautiful, classy nightgowns (boys and girls), dressed “party-casually” according to what the event actually was, which was a disco party, or decided not to dress up at all – everyone looked beautiful and had a lot of fun.

Also much appreciated was the photo booth that was a very professional media team made up of two dedicated ACM students Nina and Roos aka tweedledee and tweedledum (who by the way GOT IN THE GALA FOR FREE but it’s not like I’m still upset about that) taking pictures of who ever asked them to in front of a decorated wall.

The IK-board was all over the place: Julian was just happy not be the only board member at the event anymore after the others were late, Zuzanna had a little bit much of the … apple juice and suddenly fell in love with everyone, Ben suffered from constantly being forced into one of the many dance circles, Julia just wanted to have a good time and Sil … well, he … shaved his hair and was constantly patted on the head by everyone.

Eventually, everyone got tired from dancing and having fun, so slowly the basement cleared and people made their way home through the cold, dark winter night.

Written by the Publishing Committee 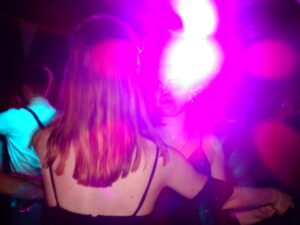 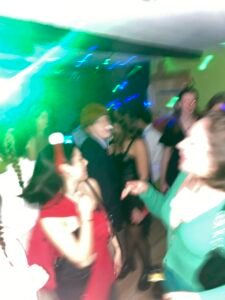